On May 06, 2019 Sgt. Epling with the RCSO arrested Joseph Buckland for burglary … 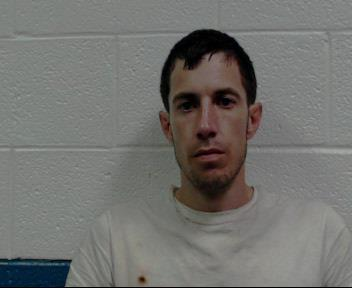 On May 06, 2019 Sgt. Epling with the RCSO arrested Joseph Buckland for burglary to a residence on Wilcox Avenue in Crab Orchard that occurred on 05-05-2019. Buckland was located on 05-06-2019 driving the suspect vehicle which still contained property belonging to the victims. The remaining property belonging to the victims was recovered at 2 other locations in the Beckley area. The suspect also had a stolen lawn mower in the vehicle from a separate theft that is being investigated by WV State Police. Once the suspect was identified it was discovered he was wanted for escaping from home confinement and there was a warrant on file for his arrest for the escape. In addition to the escape Buckland was charged with Burglary, Grand Larceny, Transferring Stolen Property, Destruction of Property less than $2500.00 and Possession of a Controlled Substance with intent to Deliver. Buckland is currently in the Southern Regional Jail on a $100,000 bond. We would also like to thank Beckley Police Department for assisting in taking Buckland into custody.