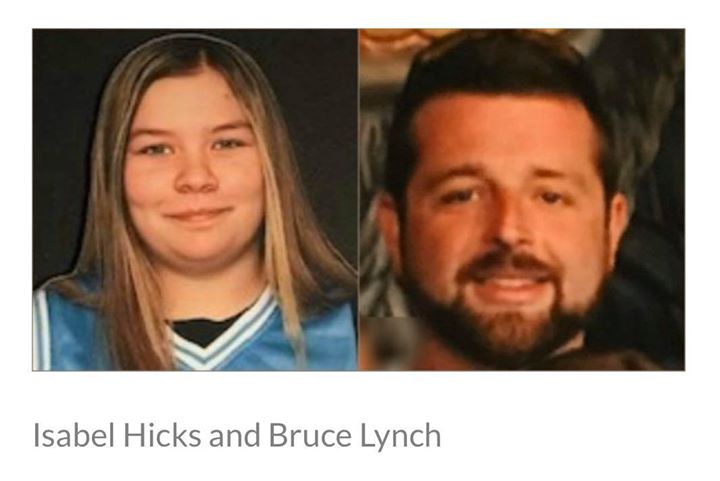 Isabel Shae Hicks was found in Caroline County after deputies stopped the vehicle the teen and suspect, Bruce William Lynch, were traveling in.

An AMBER Alert has been issued for 14-year-old Isabel Shae Hicks, who was last seen Monday at 1 a.m. in her Louisa, Virginia home, and is “believed to be in extreme danger.”

The teen is believed to have been abducted by Bruce William Lynch Jr. On Friday, The Louisa County Sheriff’s Office obtained a warrant for felony abduction.

The pair are believed to be traveling in a silver-blue 2003 Toyota Matrix, blue/silver with Virginia tag VEM9071, though police believe Lynch may have switched tags to Virginia UXW3614 or 249-9UT.

Lynch is described as a white male with brown hair and brown eyes and a beard; 5 feet 10 inches tall and weighing 190 pounds. He is believed to be armed and dangerous.